Year Six have excelled this week in their SATs test. They have been in every morning bright and early for breakfast! Well done Year Six!!!

Year Six had a great afternoon on Wednesday, learning all about being safe on the trains. Thank you to South West Trains and Portsmouth Football Club for coming in!

Year Six attempted a Guinness World Record challenge, whereby they had to eat a doughnut without licking their lips!!!!! Only a few of them managed it!

In our Science lesson last week, we had a fantastic afternoon of changing variables in lots of different experiments. We had a carousel of activities, where we looked at static electricity, magnetism, optical illusions, surface areas and gravity.

Last week, Year Six attended Marwell, as part of their topic on Conservation. They participated in a workshop, where they had the opportunity to touch animal skins and even touch an alive Python!

Year Six visited the Tower of London, to look at Crime and Punishment. They even acted out a scene from Richard III

Our class have been exploring writing Diary recounts in their Literacy Topic, about Richard III and his Machiavellian Manoeuvres. Have a look at some of their use of language! 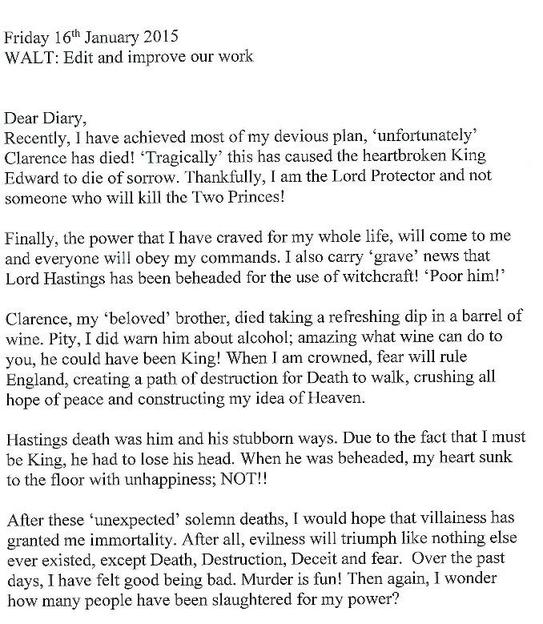 Year Six have started to look at properties of Materials in Science.

They made bridges out of the best possible materials, which they knew were strong and then tested them to see how many cars they would be able to hold. We had some fantastic examples!

for getting the Govenors' Special Award for achievement 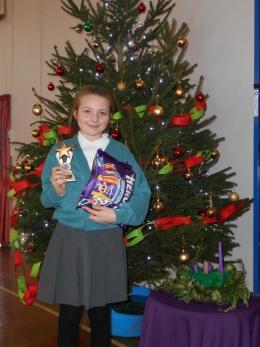 Autumn Term Star Award winners and Pupil of the Term 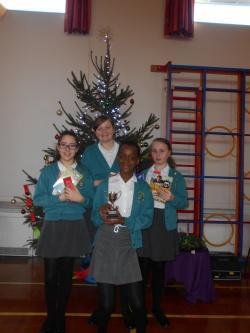 Last week, Year Six had a fantastic King Arthur day, in order to inspire them with writing their stories. They even had a go at sword fighting! 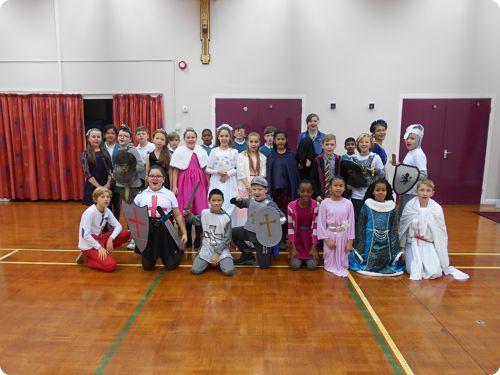 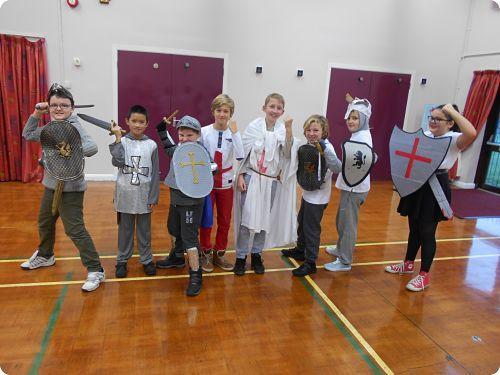 Year Six have begun to plan their exciting Myths and Legends stories on King Arthur. Watch this space for their finished stories!

Year Six have had a fantastic time on a Monday afternoon. They have been learning all about teamwork and the skills of rugby.

Year 6 have been having a fun filled afternoon, making Maracas for their new topic on Mexico. We used a balloon, paper-Mache and toilet rolls to form the basis. We are then going to cover them again in paper-Mache and then paint them! Watch this space for our finished Maracas!

As part of their Topic homework, Year 6 made evacuee suitcases, which they filled with what they would take if they were to be evacuated. They then invited Year Three in for our Class Museum, in order for them to see what children may have taken with them!

Within our topic, Year Six have been looking at the 'Dig for Victory' campaign. We combined this with our Literacy writing, to write instruction on how to make Woolton Pie. This is us preparing all of the ingredients! Danny, who took his home and added a sprinkling of cheese, said that his was "delicious"!

Year Six had a fantastic Evacuee Day! They began the day by attending school, however they did not know where there were going! Eventually, they were evacuated to Manor Farm, where they were billeted and then set off to School and to do their farm jobs! They learnt lots of things in the 1940's school, although the Headmistress was a bit scary!