Year 3 enjoyed an exciting day at Fishbourne Roman Palace. We have been looking at the Roman Invasion of Britain but had no idea they were living so close to us!

We started the day with a chance to try lots of Roman activities. After dressing in slave costumes we used a tool to spin sheep’s wool, played some Roman games, painted our names in Roman letters and used a wax tablet and stylus to write out Roman numerals.

Some of the boys had a go at working in the Roman kitchen while two lucky children dressed up as a rich lady and gentleman.

The artefacts were amazing…2000 years old! It’s hard to believe that they were buried under the ground for so long.

After lunch we marvelled at the beautiful mosaics. We all decided it was a great day out!

The children from Year 3 have been practising hard for their Space themed concert at the Portsmouth Guildhall. All the songs were written by members of the Portsmouth Music Hub.
It was an exciting evening on Monday 26th March as the children took to the stage in their weird and wonderful space costumes. There was everything from aliens to space commanders!
Families and teachers enjoyed a fabulous concert with our children singing a solo in the second half.
Well done to everyone who took part!

As part of our PSHE topic on ‘Out and About’ we had a visit from some fire fighters from the local station.

They talked about what ‘fires’ we may have at home e.g. If parents light candles, open fires, log burners, bonfires, gas fires. We discussed the fact that all of those objects are relatively safe if treated carefully.

We tried on the firefighting outfits and had a look at some of the safety equipment.

We looked around the fire engine and even had a go at using the hose!

At the end of their visit we: 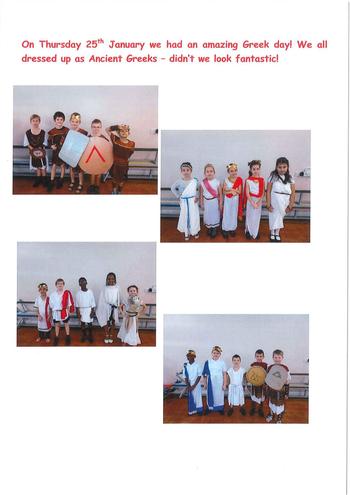 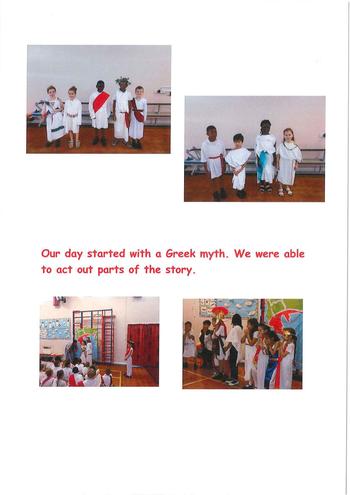 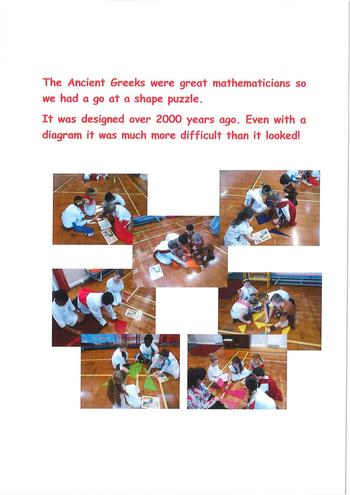 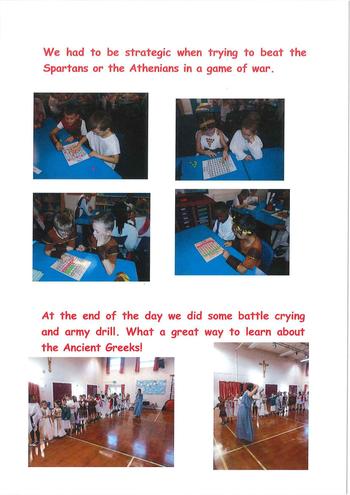 Year 3 had some more Polish treats this week. Lots of children have been baking using Polish recipes.

Here are some delicious kolaczki - full of jam and very sweet.

Year 3 enjoyed a wonderful concert this morning. We has a visit from Quintessential from the Portsmouth Music Hub.

They played lots of different Folk tunes from America, Ireland and Scotland, finishing with a brilliant clog dance from England.

Thank you for a fantastic hour of music and dance!

Year 3 have been working hard on their topic homework.

We tasted some yummy biscuits today.

Some of us will try the game later – it will help us to learn some interesting facts about Poland.

Year 3 are enjoying their recorder lessons. We’ve been learning to play our notes and have played along with some jazzy tunes.

During our lessons we play musical games too. 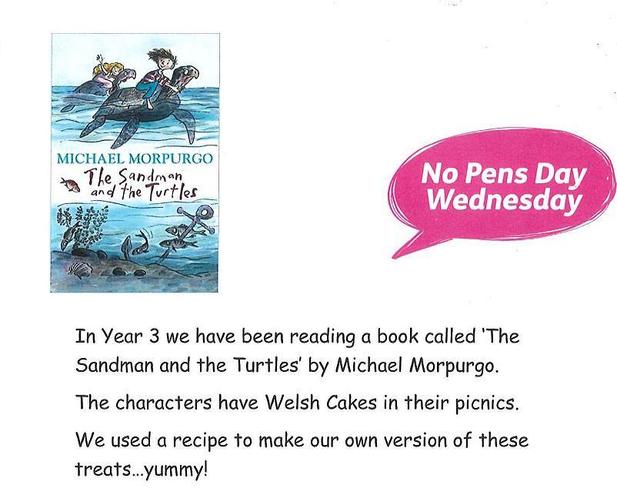